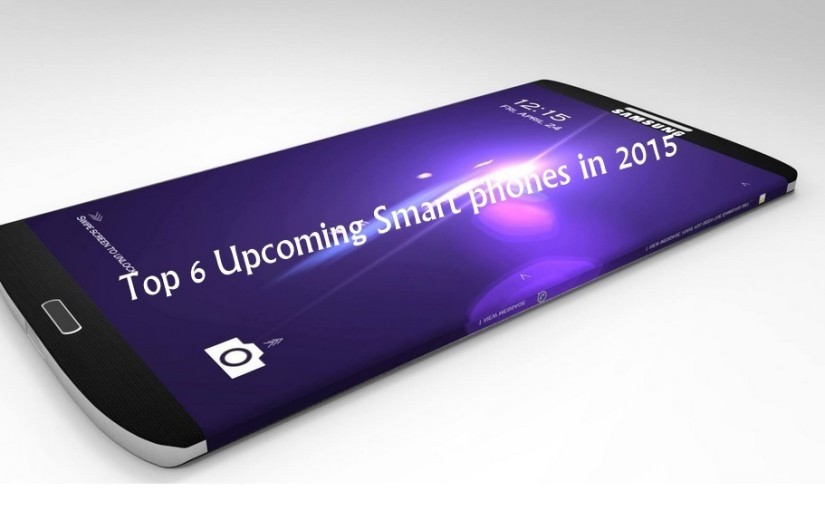 After the entries of many new companies in the Smart phone market in 2014,now many peoples are looking for new smart phones which Got to launched At MWC Event 2015.In the market every time peoples expect for new technology that is why every brand are ready to launch its latest technology to win the heart of their buyers.

In 2014 brands like Gionee,Asus and xiaomi launched their smart phone and after the entries of these three smart phone’s companies,the sales of major companies start decreasing and now their users are expecting more from these three companies.

Here is the list of top 6 upcoming smart phones which are expected and peoples are waiting for their launching in the market.

Samsung is the major company which manufacture smartphones,Millions of people are using Samsung’s smart phones and Samsung is very popular in the world.Samsung delivers their product in every corner of the world that is why Samsung becomes the largest Smartphone manufacturer in the world.

In 2015,it is expected that Samsung is going to launch its new smart phone of the “S” series.S6 is the 6th phones in of the S series of Samsung.Samsung already launched S,S2,S3,S4 and S5 now its time to launch S6.

According to Gizbot Samsung galaxy s6 has 5.5 inches Super AMOLED Full HD Display with 1440 x 2560 Pixels.S6 will be running on Android’s latest OS v.5.0 lollipop.Strongly designed hardware is ready to give better performance with its Octa core 2000 MHz processor and with 4 GB RAM you can play any game which you want to play.

Samsung maybe going to launch its new smartphone Galaxy F,Samsung galaxy may have 3 GB Ram with Quad-core 2.5 GHz Krait 450 CPU.Galaxy F may doesn’t running on Android v5.0 (lollipop) instead of lollipop Samsung decide to install Android Kit-kat in Galaxy F but Galaxy F can get an update to lollipop.

It is rumored that very popular company Apple is going to launch its another phone. IPhone 7 might have bigger display size then the iPhone 6 Plus.Iphone 7 might have 14 Mega pixel camera with optical Zoom which can make this phone very helpful for professional photographers.

After the success of Z3,Sony can launch its another Z series phone.Sony’s Xperia Z4 might have a 5.2 inches Full Hd display with 2560 x 1440 display and 64-bit quad-core Qualcomm Snapdragon 810 Processor.

We don’t hack or steal this information from any website,this article is originated on gizbot.com.We shared this information doesn’t mean we are sure about these product and their specifications.

What You Need to Know About Samsung Galaxy E7

How to monetize your blog With these strategies in 2015