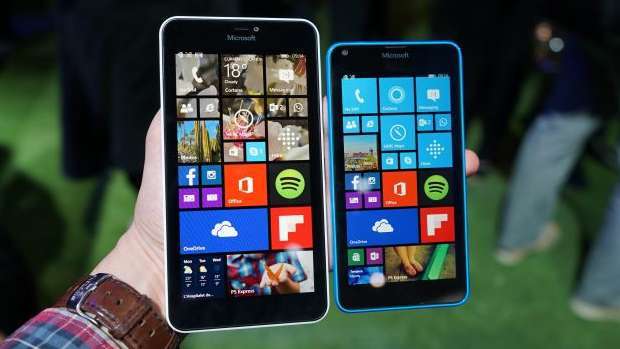 Microsoft is a big name and after collaboration with Nokia Inc.,Microsoft move ahead another to manufacture Smartphones.Nokia is a very famous phone manufacturer company,but after launching Android,Samsung and Sony types major brands cover all the market of smartphones.Now everyone is looking to purchase an Android phone because we can do more with Android smartphone.

Nokia also launched is AOSP Android Nokia X and XL but these phone’s selling is can’t cross the limit of expectations.Microsoft owned Nokia’s device business to make a comeback with its new Smartphones.Recently,Microsoft launches its new Lumia phones which are loaded with great features.

Microsoft Lumia 640 XL has a bigger screen of 5.7 inches with 259 PPi pixel density and other features are same as Lumia 640.

Microsoft Lumia 640 and Lumia 640 XL both are running on Windows latest version 8.1.Windows 8.1 is not new but Microsoft enhances the experience of Windows 8.1 specially for Lumia devices.

We all know that Nokia never compromise with camera quality in their phones.In Previous Lumia phones Microsoft doesn’t provide a front camera for selfie lovers that is why many peoples rejected Lumia starting series.But in Lumia 640 and 640 XL,Microsoft design a good quality camera with great features.